Marnie Mags is a deeply soulful, country-pop singer-songwriter from the south coast of England. She cleverly composes songs to melt the heart. But always leaving her listeners smiling, and dancing along to even some of her most emotional tracks.

Her songwriting has been described as nostalgic, with feel good vibes of the 90's with a modern edge. Whatever you want to call it...it certainly stands out in a league of its own.

You may have heard Marnie on Hit Radio show 'BBC Music Introducing' She's been featured on the show countless times, and most recently in the summer of 2021 with the release of her E.P 'Heart Shaped Hooks' (You'll find the popular 4 track E.P on all the usual music platforms) Do check it out!

BBC Radio Solent loved the track 'Gone' so much so that they made the track record of the week for afternoons, and have played the track on their other shows too.

She was crowned 'Record Of The Week' on 'BBC Music Introducing, Solent' with her latest release 'Fool Me (Remix)' on Saturday the 18th of Septembers show (2021), and gave a live radio interview with the Introducing host to talk all about it, plus more.

“Wow that voice. We made it record of the week for afternoons, our tip we put forward for the week just gone. Excited to see what is next from Marnie Mags. 31/07/21” - Steph Nieuwenhuys

“Closing out tonights show is an absolutely brilliant song from Marnie Mags. Someone who I think should be much more of a house hold name particularly in uk country circles. 07/07/21” - Tim Prottey-Jones

Check out her latest releases

Yes that's right 'Fool Me' has been re-mixed, taken from her latest E.P 'Heart Shaped Hooks'.

It's sounding great with a new energy, and pop vibe. You'll love it. 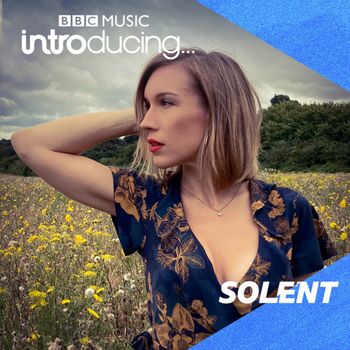 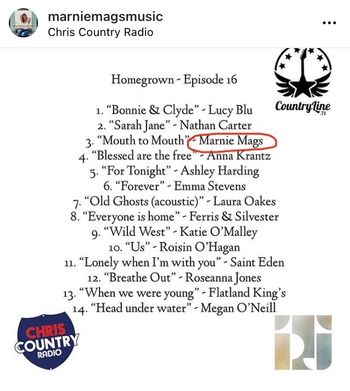 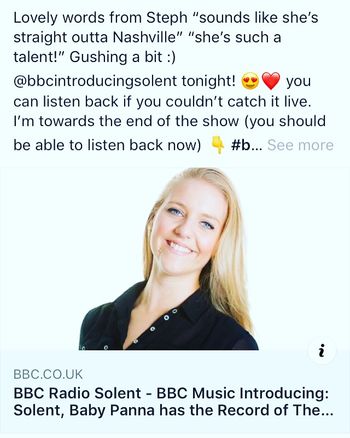 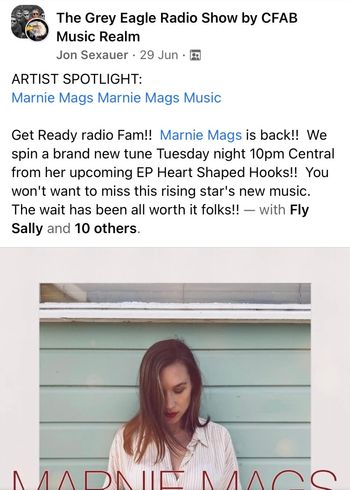 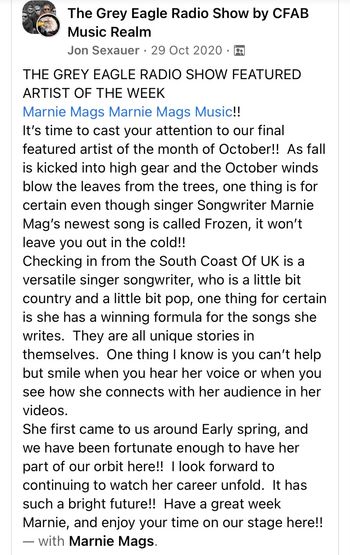 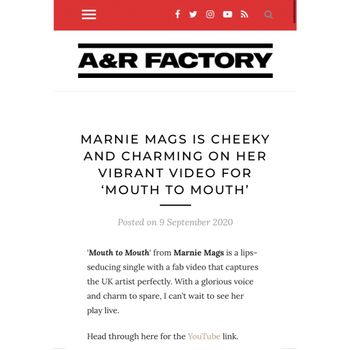 Come along, and join this street music event.

Come watch me play for half hour or so. The night features 3 other talented artists to entertain you.

Come watch me play for half hour or so....plus you'll be in for a treat with the main act.